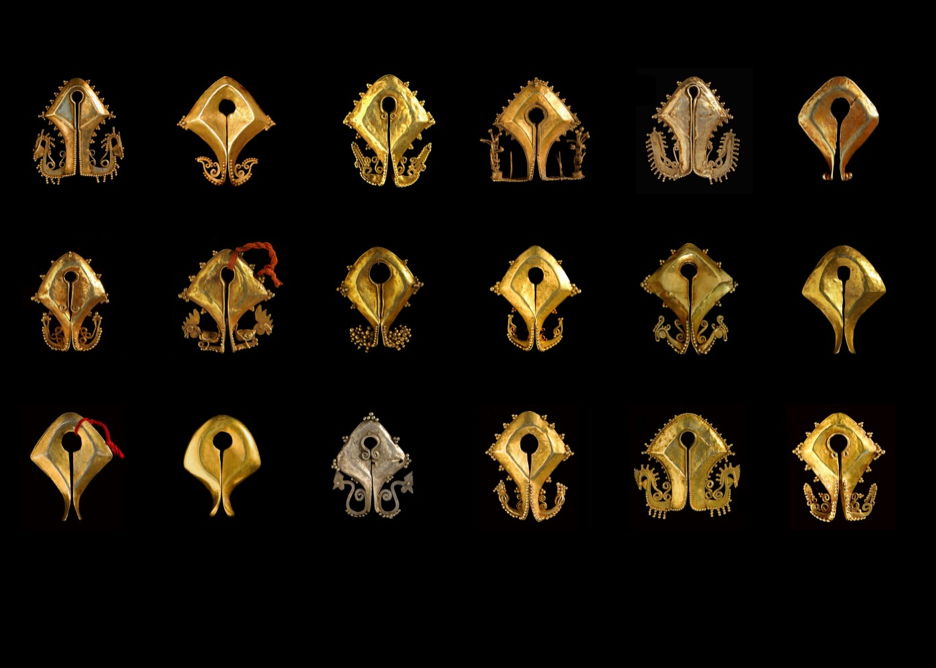 Mamuli are iconic ornaments of the people of Sumba in southeastern Indonesia made of gold and worn by men who hold "noble" or priestly positions in society. It's not often one gets to view a large group of old mamuli together. Here (click right HERE) are 18 pieces selected from a larger collection gathered over several decades. It makes interesting viewing . . . themes and variations! 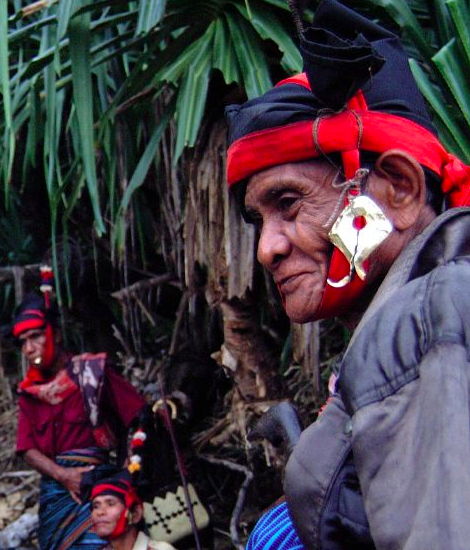 Above, an elder of the community wears a mamuli attached to his headdress as part of traditional dress for ceremonial occasions. I took this picture at Wanukaka, southwest Sumba, in 2004, during the nyale-nyale ceremonies (sea worm harvest) at dawn, prior to the annual pasola, a traditional event of ritual warfare on horseback.

WOW! What an astonishing collection .. how lucky you are.  I have four, all lovely, with motifs of horses and riders, made of silver, but to have them in GOLD!  That's very special.