A few people have asked me how I test silver content and so I will share what I do.  I want to start with a few caveats.

First, you can harm a piece of silver with testing.  You are going to use a strong acid!  So practice first and be sure you really want or need to know the approximate silver content.

Second, I WELCOME CORRECTIONS and additions.  I am just a curious amateur.  Most silver testing instructions recommend scratching or filing a piece which I…

I wanted to share a few tips for removing old silver paste polish, which appears as a white dried-on residue.  Here is an example from my Burmese Shan cuff. This white residue is often rock-hard and quite impenetrable even to a good soaking and brushing.  To remove it, you need a little chemistry.  The white color here is calcium carbonate, an ingredient of…

Marjorie Ransom writes that the vast majority of available Yemeni jewelry was made in the 20th century, and that the prominent styles of Bedihi and Bawsani did not develop until early in the 20th century.  She says that she will have the 19th century pieces in her next book which focuses on the silversmiths that made the jewelry.  She also at once point writes that much 19th century silver in Yemen was a 50/50 silver/metal mix.

I found a museum exhibit which has 18th and 19th…

Here are links to a couple of interesting interviews related to the amber market, that I came across when trawling the web.

- The amber boom in China: an interview with Vivian Yang

If you are interested just send me a PM. I have a question about a pair of bracelets I bought . I have seen a picture on the web of these and I own a pair but can not find any info . P1180047.JPG

What is this buckle?

Recently I have seen two of these buckles - one on eBay, and one at a live auction.  These are pictures taken from eBay.

Arguments in favor of eastern attribution:  the combination of filigree and stones, the glass stones are set using a technique that appears in some Balkan work, and this particular buckle is described as not testing for high grade silver which puts me in mind of Ottoman ~40% silver.

In favor of western attribution:  the stones have a table…

I stumbled across a 2014 lecture by Marjorie Ransom at the US Library of Congress.

I brought these back from a recent trip to Central Asia, thinking I would be able to figure out their origins once I returned. Nowhere, simply nowhere, can I find anything remotely like these pieces. I have seen photos of generically 'Afghan' or 'Kuchi' jewelry; however, as beautiful as they are, they do not have the same attention to detail as these do, which makes me question their origin even more.

Any thoughts, ideas, discussions would be greatly…

On The Subject of Loubane. I would like to know more.....

Currently there are two loubane "amber" necklaces up for auction on eBay - see items no.111471211129 and 111471215504 by the same seller. I understand loubane to be a translation of the english gum arabic, which is derived from the resin of two variants of acacia tree, and which has many and varied uses in industry and as a constituent in comestibles. 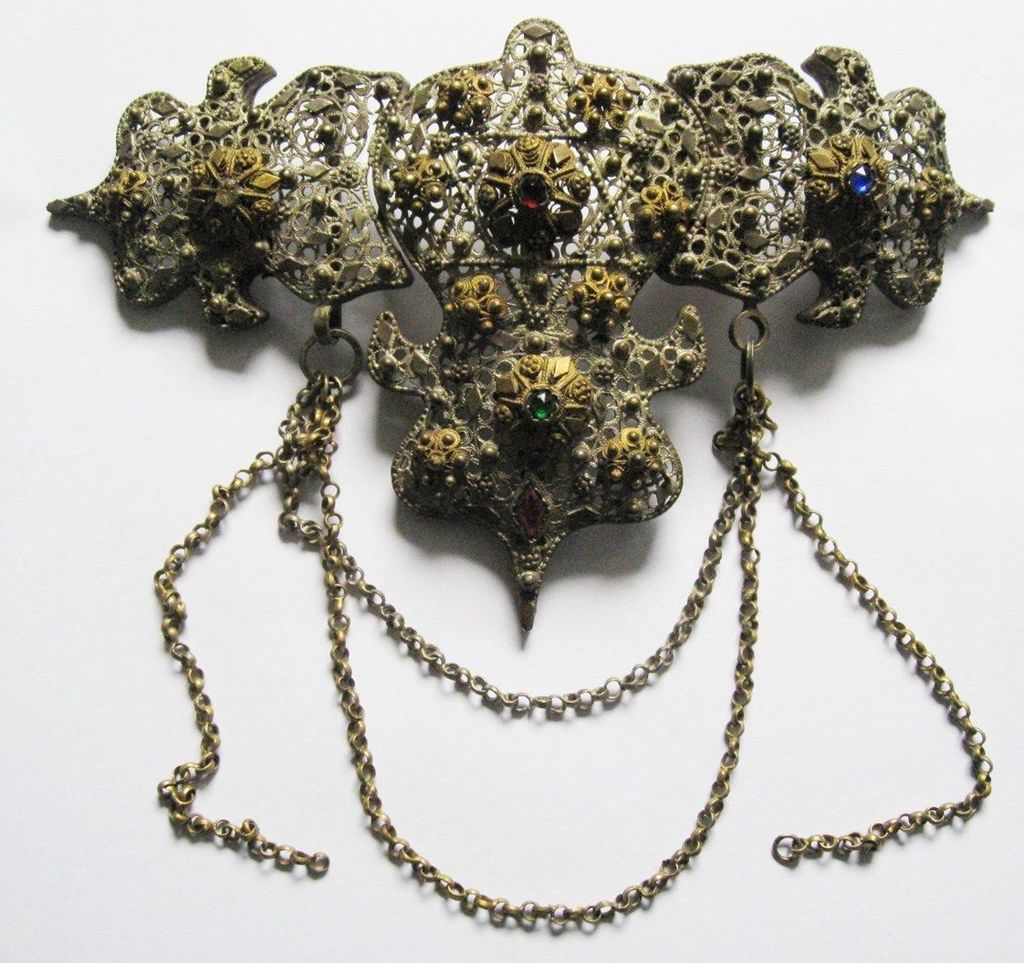 Every three or four months I inspect each piece of my collection for corrosion or verdigris. I think that is a very good idea for anybody with an extensive collection that they cannot keep in touch with on a daily basis. This time, I discovered some verdigris on a couple of my older pieces which had been stored in the same package, this told me that I had stored them wrong, not allowing enough airflow to get to them and that I had not allowed them to dry after I had cleaned them the last…

What is this? Benares casting?

This bracelet recently appeared on eBay.  The casting is near-identical to the beautiful Benares enameled bracelets from India with the pink lotus flowers, but the enameling is quite different.  Does anyone know what this is?… 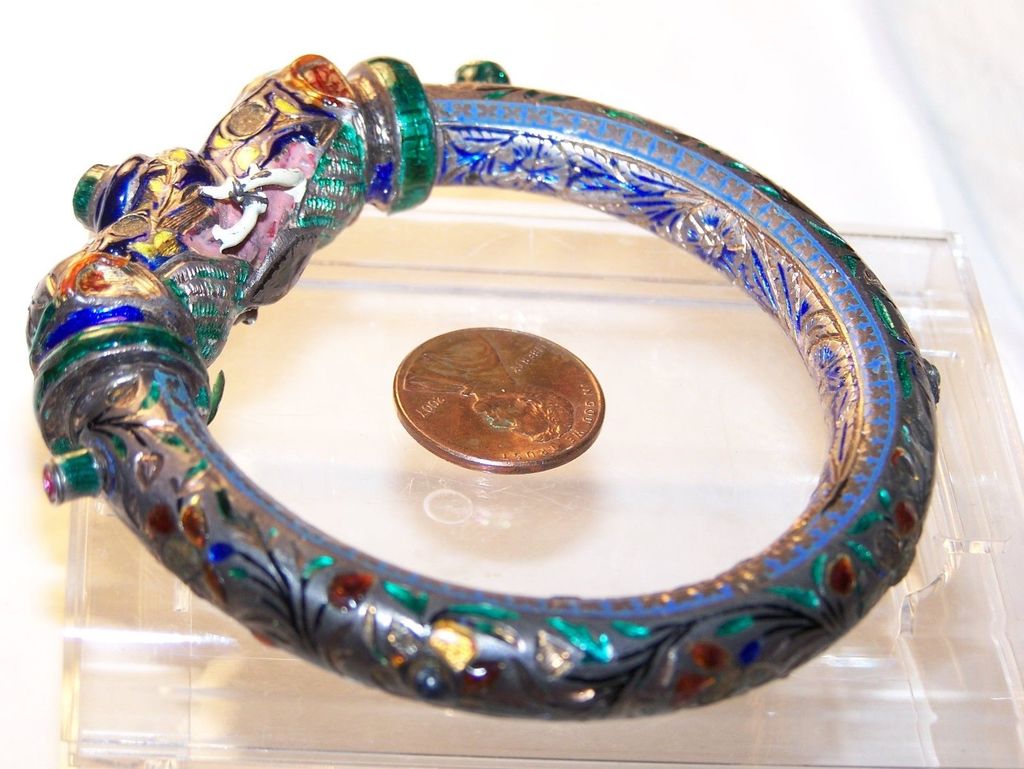 Searching for info on these strands of turquoise and carnelian EXPERTS... I could Use Some Help Knowing more about This Old Beauty! 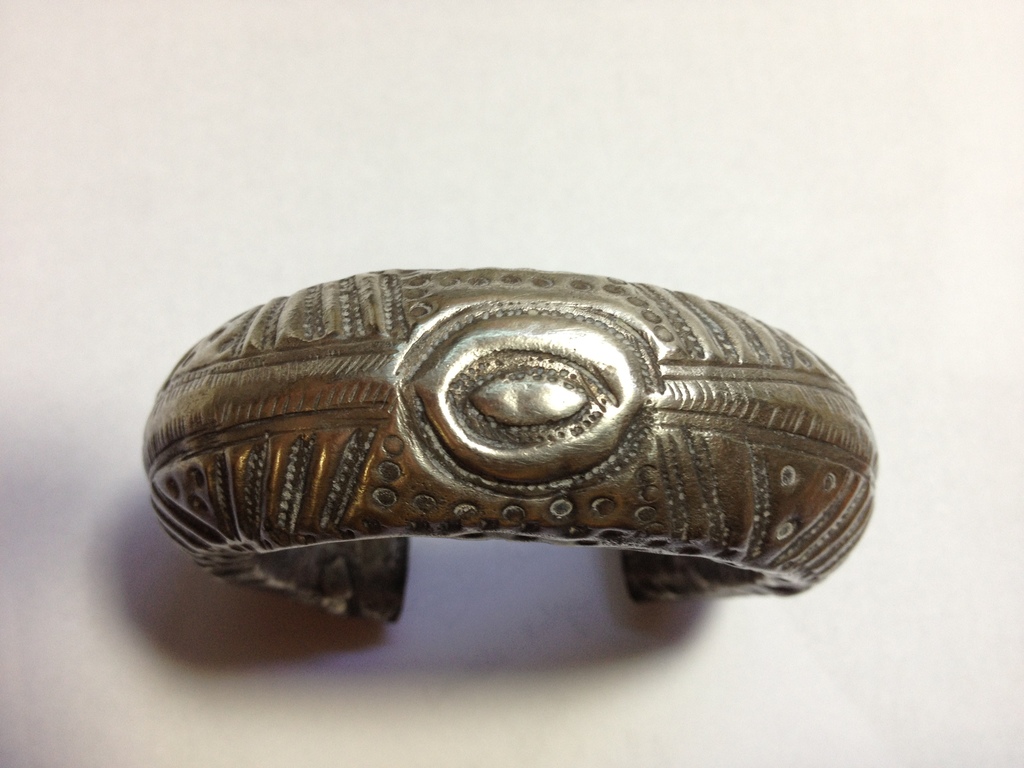 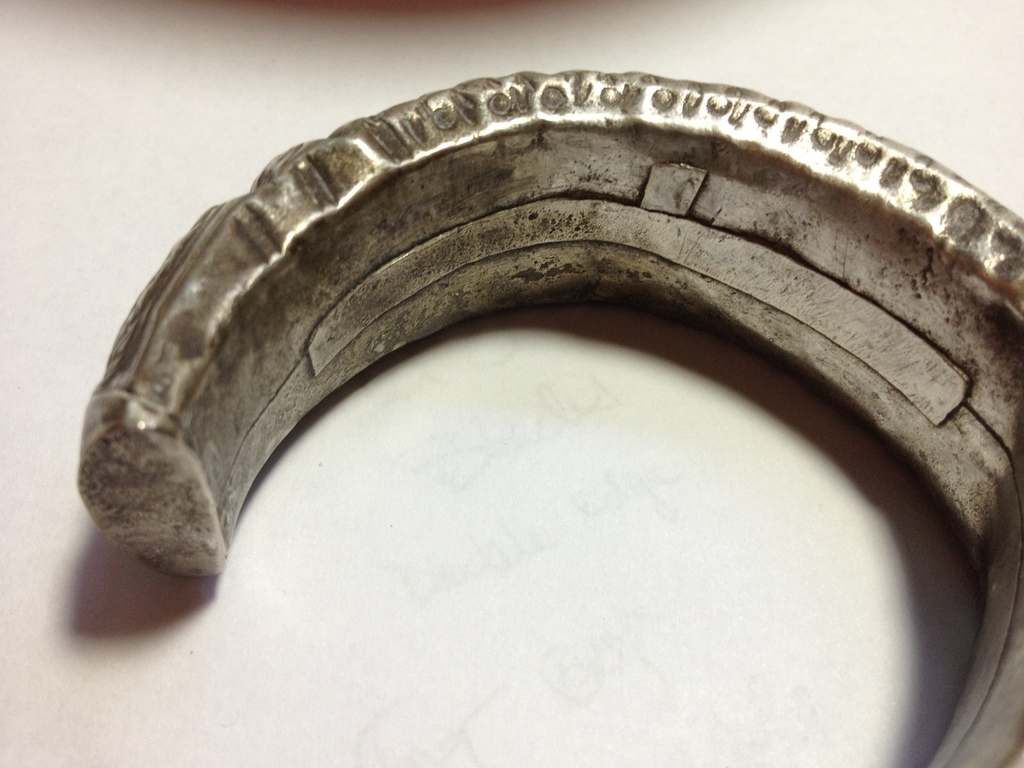 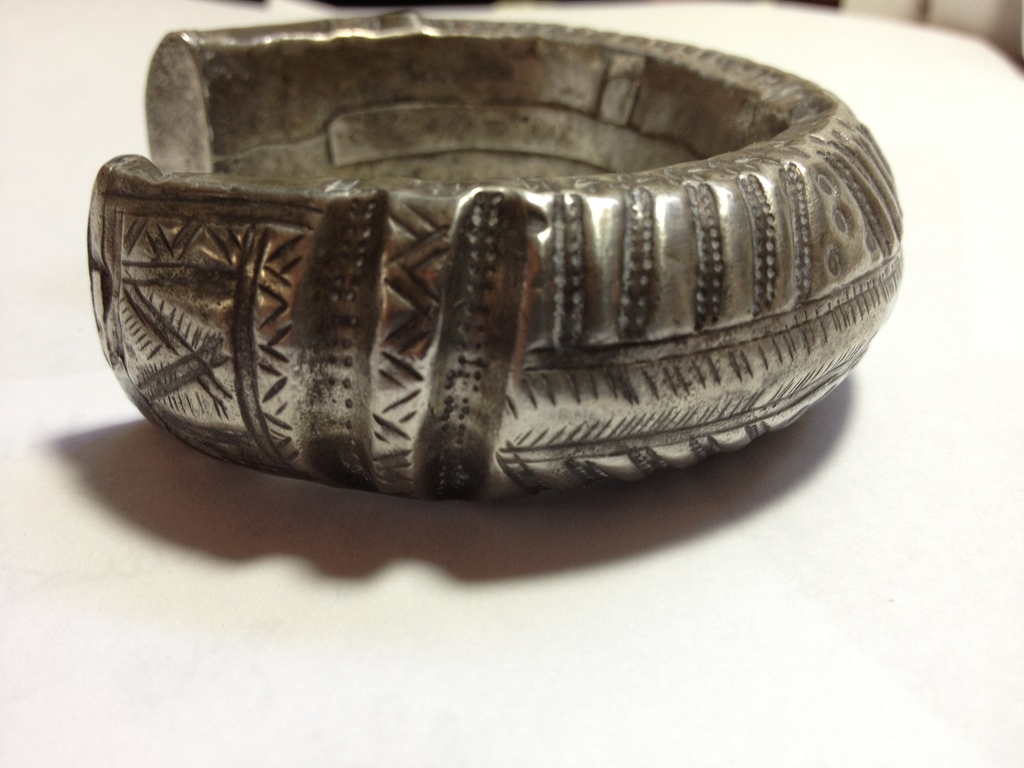 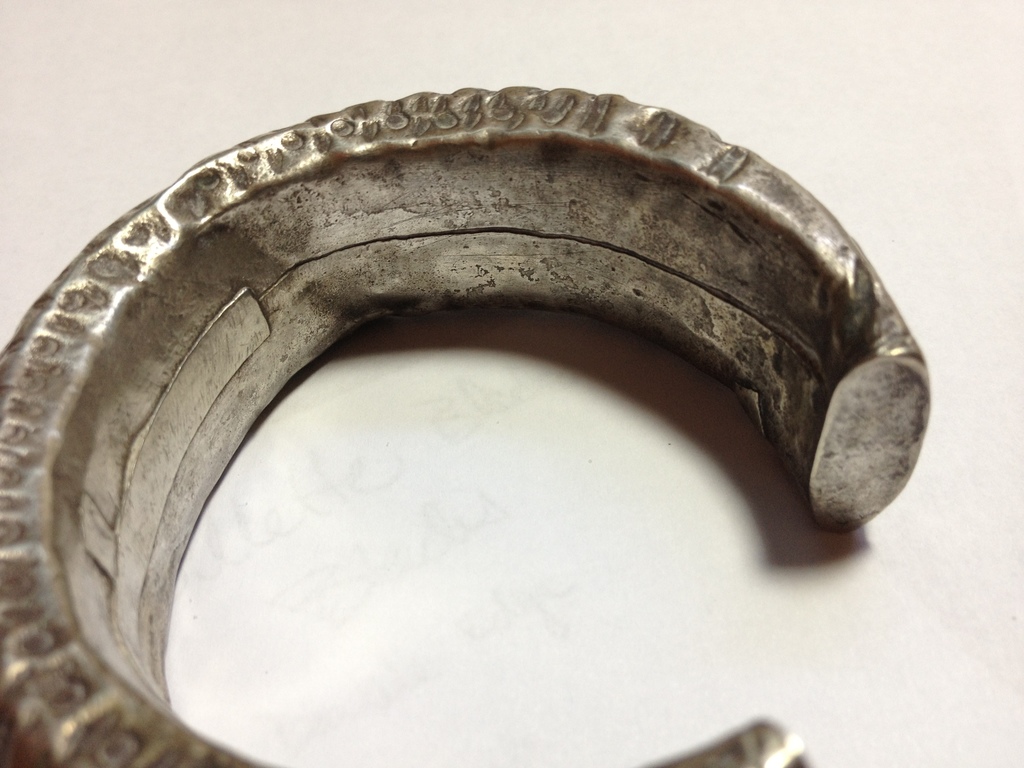 all colours for this autumn 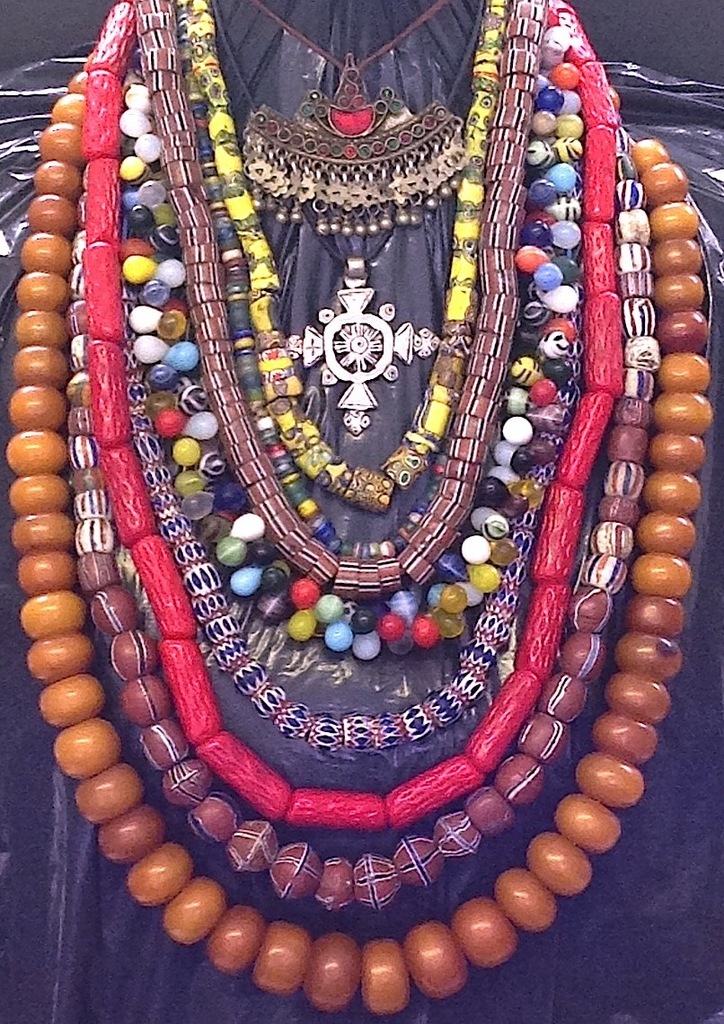 Imagine what you can do with the most unusual, rare, antique, vintage, ethnic, trade and collectable beads- of all kinds of precious and unexpected materials-
for wearing, designing, jewellery making and embellishing-
sold singly, in groups or ready-to-wear strands-

you are invited to have a look at …

For Son of Hmong

I believe that recently one of our members asked where he may find some Moroccan crosses -- lo and behold a current ebay auction displaying many different shapes and sizes.

some items of central asian 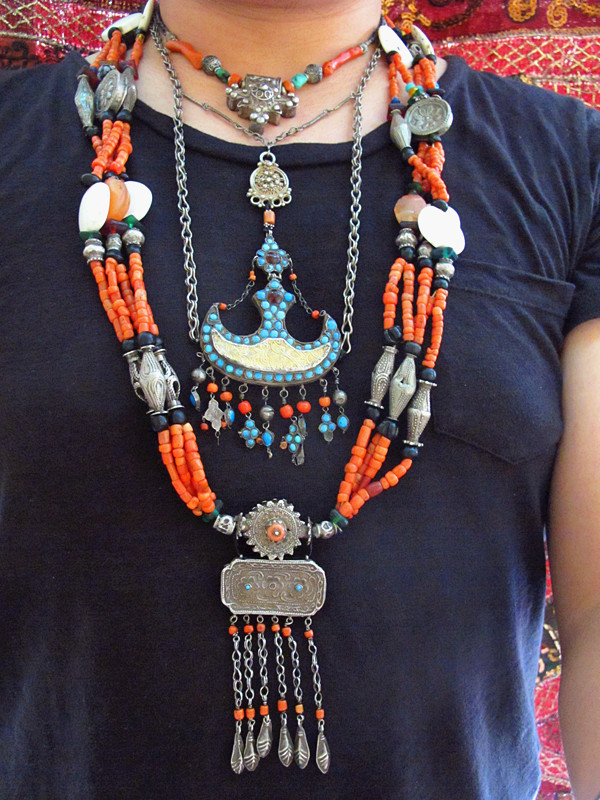 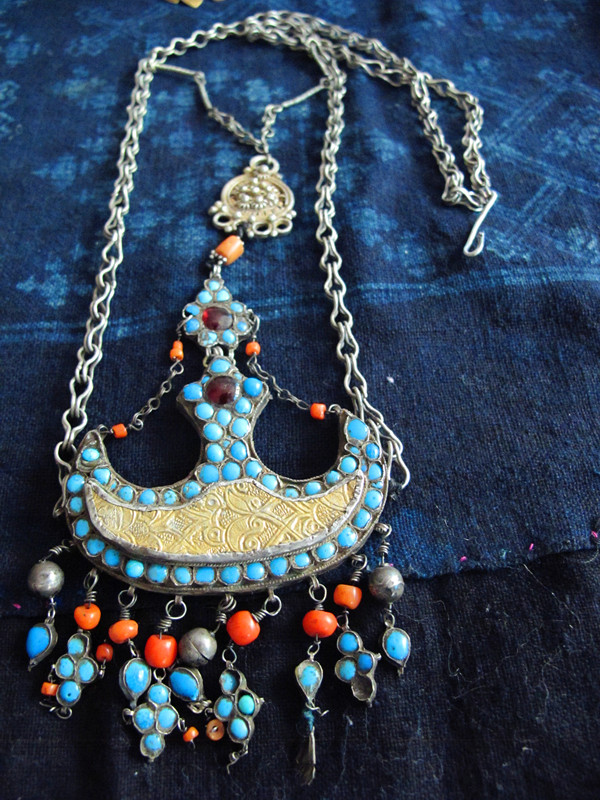